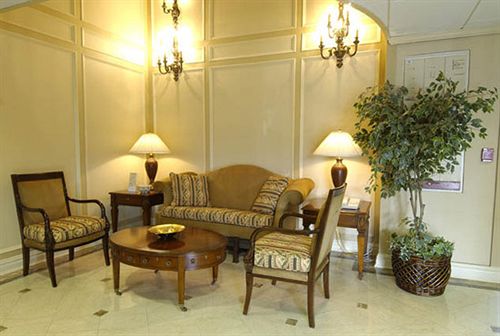 Located in Rockville Centre, Rockville Centre Inn is in the suburbs and close to St. Agnes Cathedral and New York Equestrian Center. This hotel is within the vicinity of Hempstead Lake State Park and Green Acres Mall. Make use of convenient amenities such as complimentary wireless Internet access, tour/ticket assistance, and complimentary use of a nearby fitness facility. Getting to nearby attractions is a breeze with the complimentary area shuttle. Featured amenities include complimentary high-speed (wired) Internet access, a 24-hour business center, and complimentary newspapers in the lobby. A roundtrip airport shuttle is provided at no charge. Make yourself at home in one of the 68 air-conditioned rooms featuring refrigerators and microwaves. 27-inch flat-screen televisions with cable programming provide entertainment, while complimentary wireless Internet access keeps you connected. Bathrooms have shower/tub combinations and hair dryers. Conveniences include desks and complimentary weekday newspapers, as well as phones with free local calls.