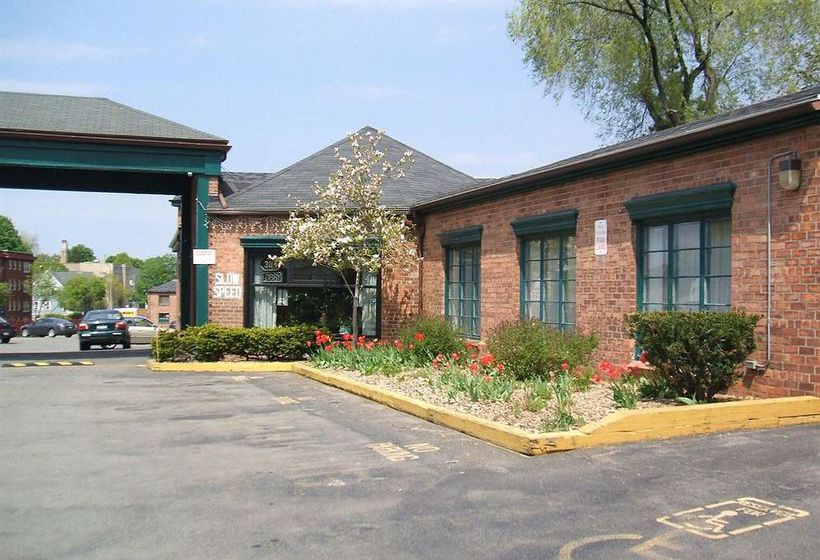 With a stay at The East Avenue Inn & Suites, you'll be centrally located in Rochester, steps from Rochester Contemporary Art Center and minutes from Eastman School of Music. This hotel is within close proximity of Manhattan Square Park and Ice Rink and Downstairs Cabaret Theater. Enjoy recreation amenities such as a fitness center or take in the view from a garden. Additional features include complimentary wireless Internet access, a fireplace in the lobby, and a television in the lobby. Guests can get around on the complimentary shuttle, which operates within 3. 0 mi. Featured amenities include complimentary high-speed (wired) Internet access, a 24-hour business center, and a computer station. Planning an event in Rochester? This hotel has 700 square feet (65 square meters) of space consisting of conference space and a meeting room. A roundtrip airport shuttle is complimentary at scheduled times, and a train station pick-up service is also provided at no charge. Make yourself at home in one of the 58 air-conditioned rooms featuring MP3 docking stations and LCD televisions. Complimentary wireless Internet access keeps you connected, and satellite programming is available for your entertainment. Private bathrooms with showers feature complimentary toiletries and hair dryers. Conveniences include safes and coffee/tea makers, and housekeeping is provided daily.