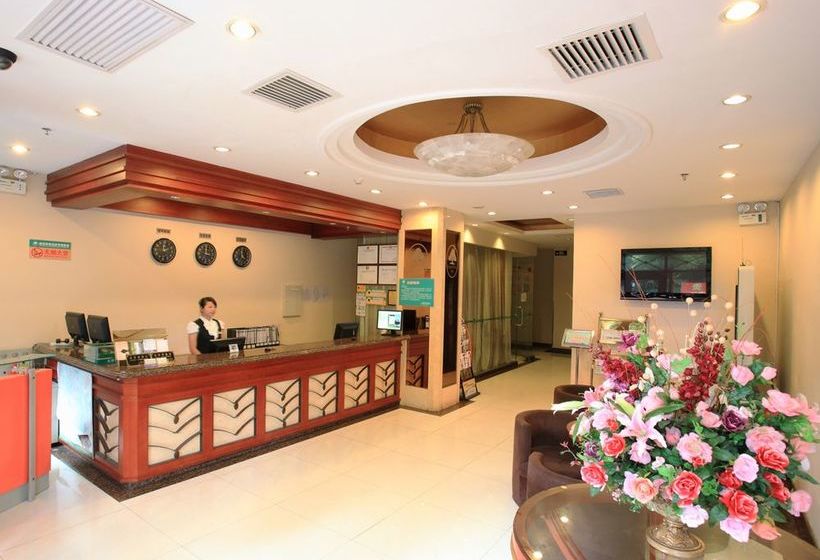 Located in Shanghai (Exhibition Area), GreenTree Inn Shanghai Dongming Road Subway Station Express is close to China Art Palace and Shanghai Oriental Sports Center. This hotel is within close proximity of Shanghai Children's Medical Center and Fabric Market. Make use of convenient amenities, which include a television in the lobby and tour/ticket assistance. Featured amenities include complimentary high-speed (wired) Internet access, a business center, and express check-in. Make yourself at home in one of the 75 air-conditioned rooms featuring MP3 docking stations. Complimentary high-speed (wired) Internet access is available to keep you connected. Bathrooms feature shower/tub combinations, complimentary toiletries, and bidets. Conveniences include phones, as well as desks and complimentary bottled water.