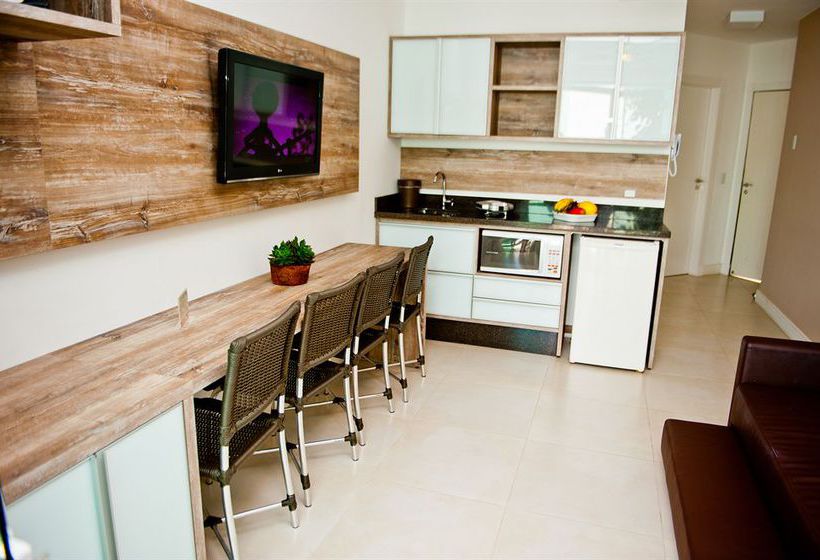 Centrally located in Bombinhas, Bora Bora Pousada is minutes from Bombas Beach and Bombinhas Panoramic Lookout. This beach pousada is within close proximity of Russi and Russi Bombas Shopping Center and Bombinhas Municipal City Hall. Take in the views from a terrace and make use of amenities such as complimentary wireless Internet access and a television in the lobby. This pousada also features tour/ticket assistance and barbecue grills. Featured amenities include a 24-hour front desk, multilingual staff, and luggage storage. A roundtrip airport shuttle is provided for a surcharge during limited hours. Make yourself at home in one of the 64 air-conditioned rooms featuring kitchens. Rooms have private lanais. 26-inch flat-screen televisions with cable programming provide entertainment, while complimentary wireless Internet access keeps you connected. Conveniences include phones, as well as safes and desks.