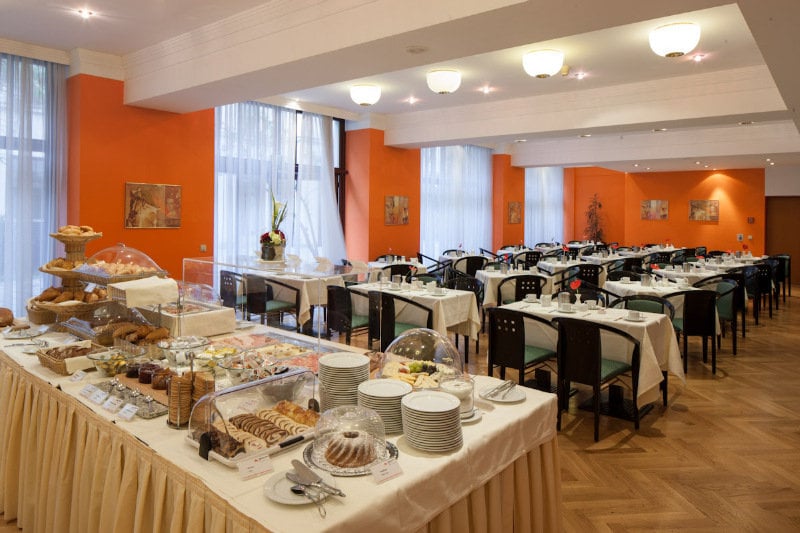 Opened in 1992, Austria Trend Hotel Favorita was originally built in 1902 by Hubert Gessner, a student of Otto Wagner. At that time, because of its interior concept and outer facade, it was generally regarded as the epitome of modern architecture, a radical departure from the architecture of its day and thus an important representative of the Viennese Jugendstil movement. In close collaboration with the Austrian Office for Historic Monuments, the old building was redeveloped from the ground up into a new four-star hotel, one which does, however, remain true to the original style. Located close to downtown Vienna, the Hotel Favorita offers you outstanding access to autobahns, railway stations and the airport, while also being just 2 minutes from the Keplerplatz underground station on the U1 line. Of course, our own parking garage is available to our guests 24-7.