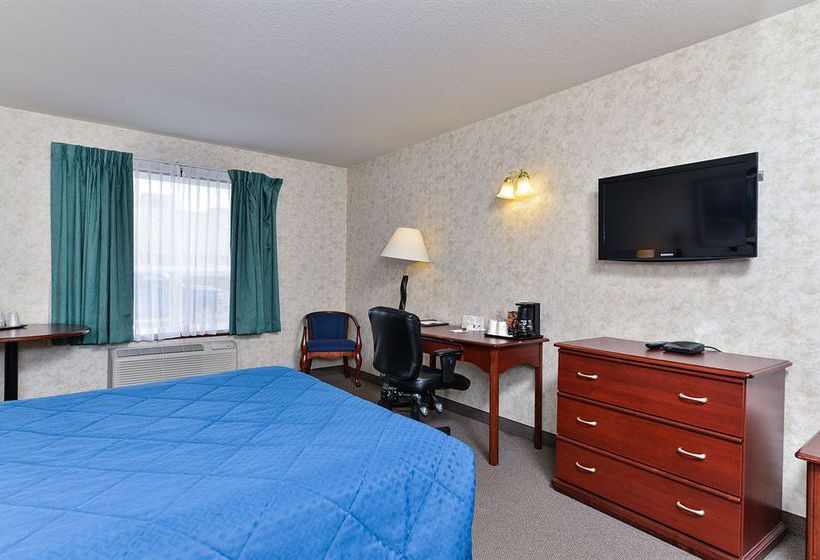 With a stay at Quality Inn & Suites Edmonton Airport in Nisku (Leduc - Edmonton International Airport), you'll be close to Castrol Raceway. This hotel is within the vicinity of Doctor Woods House Museum and Stone Barn Garden. Pamper yourself with onsite massages or enjoy recreation amenities such as a fitness center. Additional amenities include complimentary wireless Internet access, a fireplace in the lobby, and a television in the lobby. Guests can catch a ride to nearby destinations on the complimentary area shuttle. Featured amenities include complimentary high-speed (wired) Internet access, a 24-hour business center, and a computer station. Planning an event in Nisku? This hotel has 2153 square feet (200 square meters) of space consisting of a conference center, conference space, and meeting rooms. A roundtrip airport shuttle is complimentary at scheduled times. Make yourself at home in one of the 73 air-conditioned guestrooms. Complimentary wireless Internet access keeps you connected, and cable programming is available for your entertainment. Conveniences include desks and complimentary newspapers, and you can also request microwaves.